Ever since he jumped into the limelight with 2001’s Oscar-winning Training Day, director Antoine Fuqua has been known for crafting consistently watchable, if rarely memorable, films. However, his range is commendable, having made everything from blockbuster action flicks (Olympus Has Fallen, The Equalizer, etc.) to a dramatic boxing film in last year’s Southpaw. Now he is tackling the western genre with a remake of the 1960 classic The Magnificent Seven, and while it may continue the trend of ultimately forgettable works for Fuqua, it manages to be one of the most consistently enjoyable moviegoing experiences in recent years. 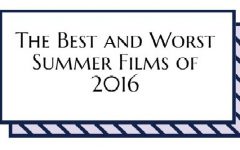 The Best and Worst Summer Films of 2016

Set in 1870, this retelling of the age-old story (originally conceived by Akira Kurosawa in 1954’s Seven Samurai) follows a group of gunslingers, as well as a Native American warrior and a trapper, as they seek to protect the small mining town of Rose Creek from a ruthless tycoon named Bartholomew Bogue (Peter Sarsgaard). They are brought together by Sam Chisolm (Denzel Washington), a bounty hunter who, after being hired by a widowed citizen of Rose Creek (Haley Bennett), rounds up the band of seven to defeat Bogue’s army of hired guns.

Similar only in setting and structure to the original, Fuqua’s film instead sticks to modern action tropes throughout. While Nic Pizzolatto‘s script is undeniably earnest in its tried-and-true approach to storytelling, its predictability and thin characterization get the better of it eventually.

Trite as the material is, the cast is uniformly game. Washington carries the film with the raw power he’s known for, continuing to affirm his status as one of the best performers film has ever seen. Other standouts include Ethan Hawke as the PTSD-stricken Confederate sharpshooter of the group, since his conversations with Washington are the film’s only bursts of thoughtfulness, and Vincent D’onofrio as the grizzled, hilariously high-pitched tracker with more than a few tomahawks to grind. The sole weak link is Chris Pratt’s Josh Faraday, a card cheat who knows his way around a gun or ten. Save for a few third reel scenes, the performance feels largely out of place, his cocksure charisma overriding proceedings.

The Magnificent Seven does deserve commendation for its bravely diverse cast. While the racial tensions of the time are certainly brought up, the film wisely allows its cast to be representative of each ethnic group found in the West at the time without becoming a message-driven work. Byung Hun Lee’s Billy Rocks, an Asian assassin, and Manuel Garcia-Rulfo’s Vasquez, a Hispanic gunfighter, are given far more than most Hollywood films allot minority performers.

The film’s unending enjoyment is mainly found in its action, welcomely devoid of the unrealistic explosions and overly complicated elements of modern blockbusters. With two incredible shootouts in the second and third acts and brilliant camerawork from Avatar cinematographer Mauro Fiore, it’s never less than epic and genuinely thrilling. If only there was something, anything to the characters worth caring about.

While never more than simple entertainment (the film never earns the title’s superlative), Antoine Fuqua’s take on The Magnificent Seven is a finely made and consistently enjoyable experience that marks a welcome return to the straightforward popcorn flicks rarely seen in today’s Hollywood.