Since 1918, there have been more than a dozen film adaptations of Edgar Rice Burroughs’s classic ape-man character, Tarzan. Something about the story of a man born of the jungle gripped audiences across the globe. Now he’s back, with acclaimed Harry Potter director David Yates taking the helm on Warner Bros’ The Legend of Tarzan.

Set in the late 1800s, the film follows Tarzan (Alexander Skarsgård), who has assimilated into English society as the Earl of Greystoke. Tarzan returns to the African Congo to meet with a corrupt Belgian military official named Léon Rom (Christoph Waltz) and is accompanied by his wife, Jane (Margot Robbie), and an American liaison to Britain (Samuel L. Jackson).

Rom has hatched a convoluted scheme to acquire diamonds from a violent war chief (Djimon Hounsou) in order to pay a group of British mercenaries. These soldiers-for-hire are required to carry out the mass enslavement and genocide of the Congolese people. As one would expect, Tarzan doesn’t take kindly to this plan, and so begins the film’s adventure.

Unfortunately, this adventure is a bumpy one to say the least. Although it’s not a complete misfire, Yates’ film is nonetheless a lifeless failure, boiling down to little more than a series of CGI-heavy set pieces loosely strung together by unnecessary flashbacks and a generic, unfulfilling plot. 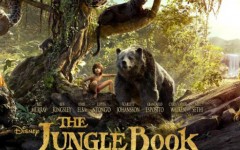 Step Into the Darkness for Lights Out

Skarsgård does what he can with the character, but he’s just rather bland, adding nothing new to the character. The same can be said for Robbie; although, she does add a contemporary element to Jane which comes off as incredibly odd and uncharacteristic.

The supporting cast fares somewhat better. As Rom, Waltz delivers the same slimy performance he delivered in last year’s Spectre, but that’s not exactly a bad thing. It’s Jackson, however, that steals the show. Portraying real-life Civil War veteran, George Washington Williams, he brings the fun and intensity that the rest of the cast and film (as a whole) lacks.

Having crafted the fantastic final battle in the Harry Potter franchise, Yates’ skill with action is undeniable. Sadly, he seems to have wiped that ability from his memory while making The Legend of Tarzan. Each and every fight appears as if they were created entirely on a computer, particularly the climactic clash between Tarzan and Rom.

There are also many shoehorned in animal appearances. They’re made even more intolerable by the awful visual effects for the animals, in particular the silverback gorillas that raised the ape-man. They may have been acceptable ten years ago, but they’re significantly outclassed by the motion-capture work found in modern films like the recent Dawn of the Planet of the Apes.

Fortunately, these problems are somewhat levied by Henry Braham’s (The Golden Compass) gorgeous, scenic cinematography which perfectly captures the epic scale of the Congolese jungle and the surrounding savanna.

David Yates’ The Legend of Tarzan is a dated bore, devoid of life and filled with uninspired action sequences, mostly lackluster performances, a trite narrative, and unforgivably terrible effects work. While it tries to reinvigorate a classic character, it provides a forgettable and unenjoyable experience.