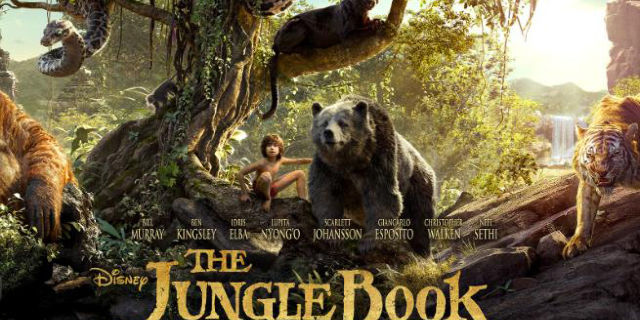 In this new age of film, Disney is transforming their cinematography from classic animation to stunning live-action movies.

Disney’s film The Jungle Book is just one of the upcoming films following this recent trend. Premiering April 15th, director Jon Favreau re-imagines this classic 1967 picture of the same title. The original animated film follows Mowgli, a young boy raised in the jungle by wolves, who is taken care of by Bagheera the panther and Baloo the bear. This adaptation follows a similar plot, but with a new look. Twelve year-old Neel Sethi stars as Mowgli along with actor Bill Murray voicing Bagheera the panther and Ben Kingsley voicing Baloo the bear. Academy-award winning actress Lupita Nyong’o voices Raksha, a mother wolf who takes Mowgli in as her own. Production began early in June, 2013, and the international premiere took place on April 4th, 2016, a week before the US release.

But wait, there’s more! A new rendition of Disney’s classic Pete’s Dragon is scheduled to be released on August 12th. A live-action Beauty and The Beast wrapped up filming in August of last year, and a release date has been set for March 17, 2017. Award-winning actress Emma Watson stars as princess Belle and Dan Stevens as the Beast. In addition, a live-action Dumbo is rumored to be in production based on the 1941 film.

As for Disney’s future, plans are in motion for a few films. If the trend continues, this new genre is only expected to grow. Even as Disney expands into this new brand, only time will tell how the new movies will match up to the classics.