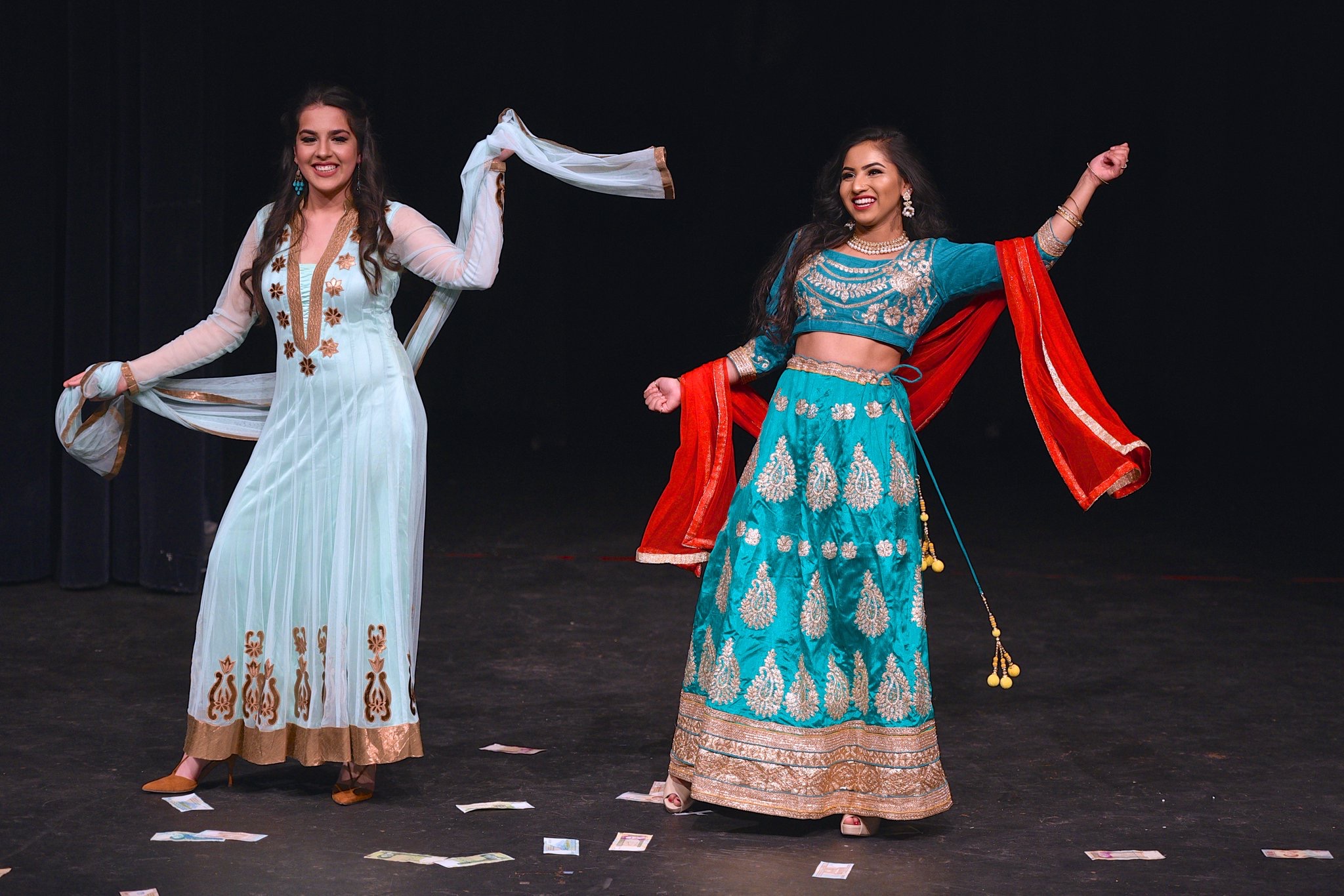 On March 30th, 2017, the Latin American Student Association (LASA) hosted its sixth annual international show. The event took place in Russell Theatre which was fully packed with family, friends, and faculty cheering the participants in an event that showcases the cultural diversity of the student body. The sponsors of this production are high school counselor Enrique Fernandez and multilingual interpreter Ruth Azimi.

“I like seeing all the students proudly sharing and showing off their culture through their traditional clothing or through their talents; there are not many other avenues for students to do that,” said Fernandez. Although the sponsors certainly dedicate large amounts of their time to making the production a reality, it would not be possible without the collaborative efforts between the show sponsors and the participants. 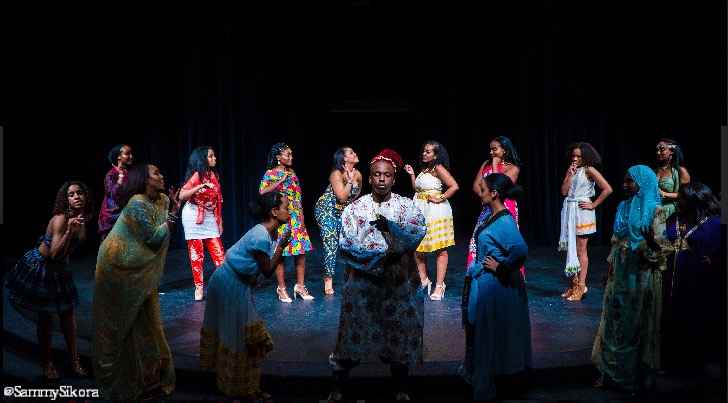 “I truly enjoy my interactions with the students and getting to know students who are not in my part of the alphabet. I also like to see how each year students step up and take leadership roles to make the show happen; it is awesome to see it come together piece by piece each year,” said Fernandez. The show itself is managed by the show directors and each geographic scene is managed by a scene director.

“As a show director, I simply made sure that what each scene had to offer was diverse and unique to the culture whether it be music or poses. I believe the [success]of the show came from all the open mindedness the scene and show directors had in putting it all together,” said show director Dika Haque, 12. The event is divided into three different categories: modeling, talent, and celebrations. 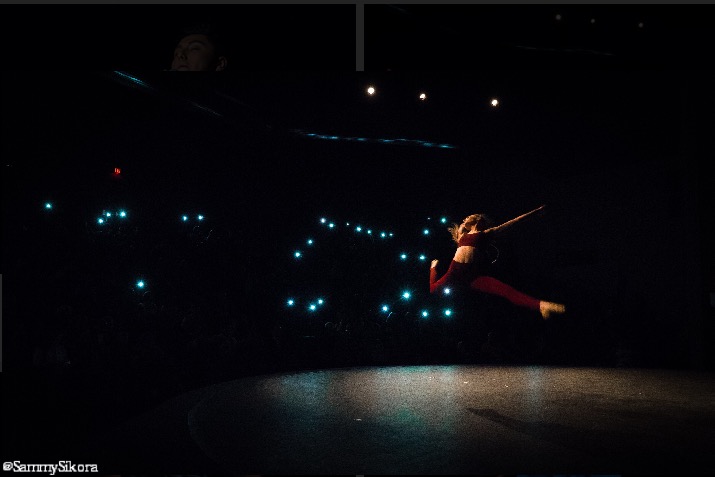 The modelling section of the show gives students the opportunity to model the ethnic clothing of the geographic region of their choice. Typically, each model has three individual poses and one to two train poses. “I think my favorite aspect was the modeling because I loved seeing what different fashion customs and styles each country brought to the table to show off and I just…how beautiful everyone looked representing their countries,” said model Gianella Tapia, 11. “What made me want to model for the show was the reason that I wanted to step out of my comfort zone and try something new and be apart of something that brings so many different people together and also conquer my shyness of being on stage in front of people.”

The talent section of the show includes cultural dance routines, songs and other lively performances. The celebrations portion of the show consists of the classic Quince scene. This scene demonstrates the traditional Latin American celebration of Quinceanera through dance and ceremonial representations. This year, there was an additional special scene called the senior scene.

“The senior scene has been an idea in my head since I was a junior. I really thought the international show was perfect but it was missing something…I noticed that not all cultures are so different and we in the show…believed that the main purpose of the show is to bring people of all cultures together, especially [in] the time we’re living in now, it’s better to unify than pick at our differences,” said Haque. The senior scene incorporates selected seniors from each geographic scene in which they model together. This scene symbolizes the concept of unity amongst diversity. 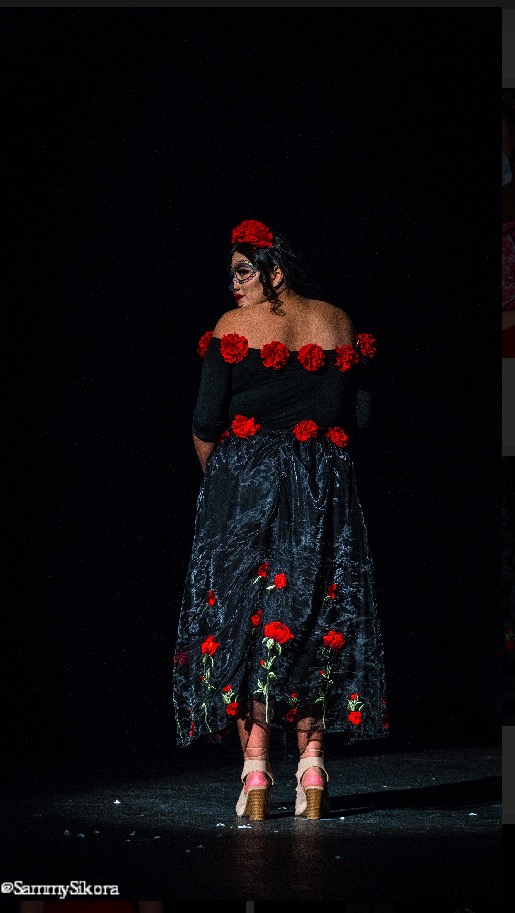 All high school students are invited to audition for whichever geographic region they would like to represent. Members are selected based upon judgement from the directors of the program. After the participants are finalized, the practices begin. Practice length and frequency depends on the number of categories that the student is participating in.  Each practice is lead by the predetermined scene directors that ensure that their scene works hard to prepare for a memorable evening.

“The most memorable part of the show is overall being able to meet new people and create new friendships. I couldn’t have asked for more amazing people to be apart of the Latin America scene with me. We all became such genuine friends and I’m very grateful to have been apart of the whole show,” said Tapia. “Also another thing I’ll never forget is right before all of my scene went on we all held hands and prayed that everything would go well for us and we all cheered for each other when we all went on stage and that just was something I’ll never be able to forget and it’s a memory I’ll always smile at.”

LASA hopes to continue the international show for years to come and create unity and pride amongst students of different cultures and backgrounds.