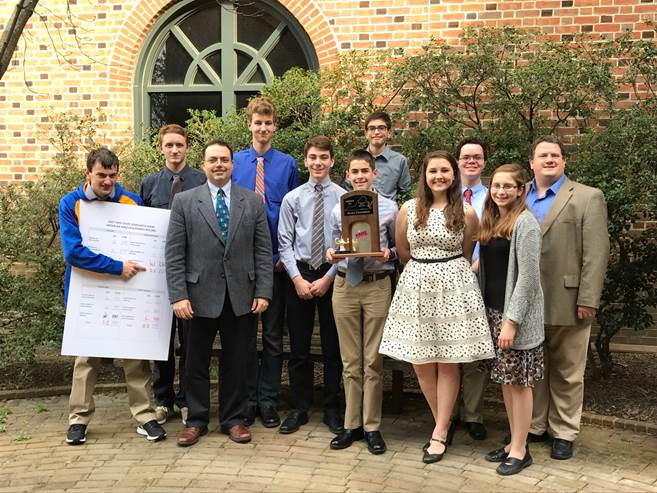 Team members must study excessively in order to learn the information to enable them to perform their best at competitions. Every Wednesday, “It’s Academic” coaches, Christopher Bird and Michael Campana “sacrifice their afternoons and weekends to organize practices and take us to tournaments. They also provide a variety of resources including buzzer sets [and] study materials,” said Jacob Augelli, 11. It’s difficult to predict what questions will be asked at competitions, so the team studies using old Quiz Bowl questions and by watching Youtube videos in order to prepare accordingly. Although it is a team effort at competitions, individual dedication and studying is what sets the team up for a win.

In order to compete at states, Robinson had to win districts, “we came in second in the region only losing to McLean. [The] top two from each region go to states,” said Will Taft, 11. Regionals, was not easy for the team, however. After winning against Osborne, they had to go head to head against the state-runner up  where they won by a slight margin of 5 questions taking them to states. 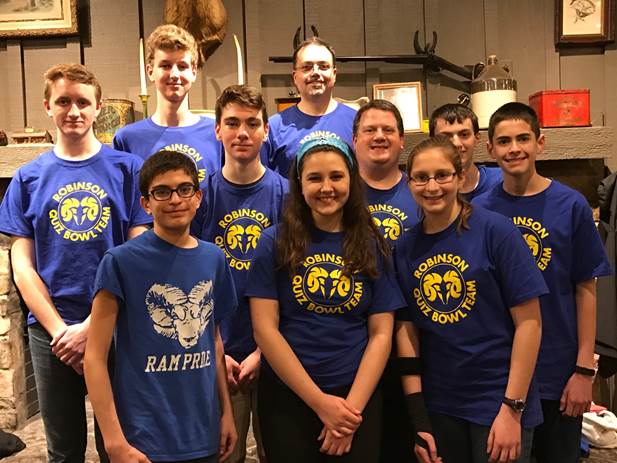 “Quiz Bowl is very competitive, especially when playing high caliber teams in high stake matches, like at states. I was confident, but still nervous going into every round,” said Augelli. Augelli placed in the top five individual scorers of the tournament with an overall score of 280 points, an immensely gratifying recognition for his dedication to the team. Amongst Augelli, was his ten hard working team members and fellow Robinson competitors.

“I am tremendously proud of what my team has accomplished,” said Campana. “We set a goal at the beginning of the year to win the state championship, and the kids have worked and studied really hard to meet that challenge. Obviously, setting a goal, devising a plan, and then putting in the work to follow that plan and reach that goal really does pay off.” 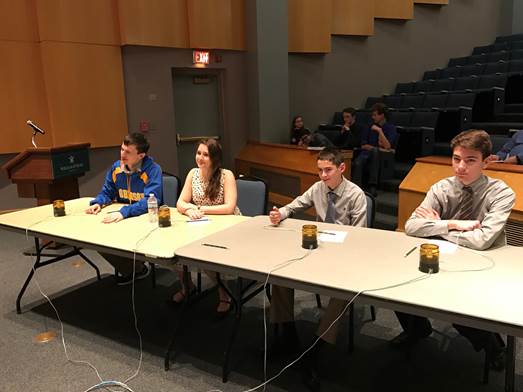 The Quiz Bowl team totaled with 765 points, winning all three rounds at states. They held the lead with 55 points ahead of McLean High School at the end of the tournament.

The team was qualified to take part in 2016-2017 National Academic Quiz Tournament’s (NAQT) High School National Championship Tournament over Memorial Day weekend in Atlanta, Georgia. According to Campana, they will, “take on the top 300 or so high school Quiz Bowl teams in the U.S.”