Following an exciting MLB season, we look forward to the playoffs with our postseason predictions.

Each division series is played as a best-of-five tournament, meaning that teams that advance are required to win three total games in the series.

Toronto Blue Jays vs. Texas Rangers: At this point, the Blue Jays have already taken Games 1 and 2 of the ALDS, and the Blue Jays should continue their hot streak to win the series. Toronto beat the Baltimore Orioles in the American League wild-card game to reach this point, and their sheer star power is nearly guaranteed to overwhelm the Rangers. While the 95-67 Rangers record from this season is impressive, Toronto possesses so many different assets and weapons that can be used to take down Texas on any given day. Their 3.78 ERA bests that of the Rangers (4.37) by a mile, and sluggers José Bautista, Edwin Encarnación, and 2015 AL MVP Josh Donaldson pack a heavy punch. 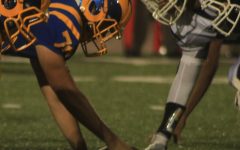 Boston Red Sox vs. Cleveland Indians: At this point, the Indians have claimed Game 1 of this ALDS matchup. However, the Red Sox are still expected to advance to the championship series, but barely. While the regular-season records (two-win advantage for the Indians) and pitching statistics (3.84 ERA for the Indians, 4.00 ERA for the Red Sox) for both teams are comparable, the Red Sox dominate in terms of offense. The Red Sox lead the league with a .282 batting average and 836 RBI, and with stars Mookie Betts, David Ortiz, Xander Bogaerts, and countless others, Boston will be hard to beat going forward.

Washington Nationals vs. Los Angeles Dodgers: Unfortunately for the Washington Nationals, a terrific regular season will likely have been in vain, as the team is expected to exit the playoffs early. This is based largely on Washington’s head-to-head performance with Los Angeles throughout the regular season, which was quite unpromising. The Dodgers beat the Nationals five times out of six in 2016, yet both teams’ offensive and defensive performances throughout the regular season were so similar so as to indicate that it will be a close series. Either way, Los Angeles still wins this series, as it seems that the Dodgers have the Nationals’ number.

Chicago Cubs vs. San Francisco Giants: Most experts have the Cubs taking this series against the Giants, but our pick is in San Francisco to win this NLDS matchup. Though the Giants declined in a major way during the second half of the season (after the All-Star break), their impressive work before the break shows what the team is capable of, not to mention that the Giants are perhaps the most proven, comfortable team in the MLB in terms of postseason play. The team’s lights-out pitching staff, led by Madison Bumgarner, maintained an ERA of 3.65 (fourth in the MLB) throughout the regular season, showing that they can compete with the Cubs in that regard. It will be a tough matchup, but the postseason experience that the Giants have (and, superstitious fans may claim, the fact that it’s an even-numbered year, which has bode well in the past for the team) will allow them to prevail.

Each league championship series is played as a best-of-seven tournament, meaning that teams that advance are required to win four total games in the series.

Boston Red Sox vs. Toronto Blue Jays: Once again, this comes down to star power. The pitching staffs for both teams are comparable, as are the head-to-head matchups (Boston is 9-10 against the Blue Jays.) between the two. But still, the Red Sox lineup will prove too overwhelming for the Blue Jays. Whereas the Blue Jays have three or four star players, the Red Sox have an entire lineup of star players. To put it into perspective, Jackie Bradley Jr.—the team’s number seven hitter in the postseason batting order—was an all-star starter this season. The Red Sox also have a 34-point batting average advantage over the Blue Jays, and all of these factors should guarantee Boston a spot in the World Series.

Los Angeles Dodgers vs. San Francisco Giants: Again, it comes down to postseason experience. The Giants have had so much postseason success in recent times, having won the World Series in 2010, 2012, and 2014. In addition, San Francisco won 11 out of its 19 total games against Los Angeles, which is a decent head-to-head matchup record. The Giants aren’t the flashiest team in the MLB, but it’s inarguable that they get the job done, both through great pitching and solid run support on the offensive side of things. With their projected win in the NLCS, San Francisco will advance to their fourth World Series in seven years.

The World Series is played as a best-of-seven tournament, meaning that World Series champions are required to win four total games in the series.

Boston Red Sox vs. San Francisco Giants: This matchup will be a tight one, between two teams who have plenty of playoff experience between the two of them. But it is the Boston Red Sox—with their extremely accomplished lineup, including the likes of David Ortiz, Mookie Betts, Rick Porcello, Xander Bogaerts, Dustin Pedroia, David Price, Jackie Bradley Jr., and more—that will prevail and go on to win the ninth World Series title in team history.