I Will Always Write Back Strikes a Chord with Readers

I Will Always Write Back, the school-wide summer read for rising freshmen through senior students at Robinson, hits almost all the right notes. Without a doubt, main authors Caitlin Alifirenka and Martin Ganda have used a variety of unique and captivating styles to create an impressive work with their new joint memoir.

Published in 2015, this book features the true story of a life-changing pen-pal friendship, documenting the six-year journey of Caitlin and Martin’s relationship. Caitlin is an all-American girl from Hatfield, Pennsylvania, while Martin is a poor, yet hardworking and ambitious boy from Mutare, Zimbabwe. Caitlin’s initial letter—sent in September of 1997 to Martin’s school as part of a seventh-grade pen pal project—would spark a tremendous relationship between the two. Over time, Caitlin and Martin develop an incredible bond as they uncover more about each other and realize the cultural and socioeconomic differences between their respective lifestyles. Both Caitlin and Martin provide help and support for each other in different ways, and the mutual care they have for one another only strengthens their bond. Separated by very different worlds, but connected through their correspondence, they spend six years sharing their lives with one another, from middle school to college.

Director Derek Cianfrance Plays it Safe with The Light Between Oceans

I Will Always Write Back is a powerful and motivating story, to say the least. The book’s beginning, which features alternating narration between Caitlin and Martin (as does the entirety of the book), is its only significant flaw. While Martin’s sections effectively introduce the important components of his life in Zimbabwe, the initial sections of Caitlin’s tale—while they provide exposition to some extent—come off as frustrating and, at times, vexatious. Caitlin’s sheer naiveté with regards to the economic and political situation in Zimbabwe is a key note, but one that becomes all too repetitive throughout the earlier parts of the book. Also, she strays from the main focus of the book—her pen-pal relationship with Martin—on several unnecessary occasions, often to recount her early experiences with boys and dating.

With that being said, throughout the rest of the book, there is a maintained sense of focus on the interactions and exchanges between Caitlin and Martin. One component that helps to drive the theme of global perspective in this story is the aforementioned use of alternating narration. Having Caitlin and Martin each tell their sides of the story is key in establishing the social and economic barriers between the United States and Zimbabwe. This way, instead of maintaining just one perspective throughout the story, readers get a taste of both worlds and are allowed to more fully empathize with each character.

The immense detail with which the writers (along with author and journalist Liz Welch, who helped Caitlin and Martin write the book) recount their stories is fascinating. Precise details are important in any piece of nonfiction, but the fact that the authors of I Will Always Write Back were able to include specific events and pieces of information from as many as 15 years back is astonishing. In addition to the detailed presentation of the story, the book is aided by its fantastic ending and climactic sequence of events. The ending, which starts at the beginning of Part 6 of Caitlin and Martin’s story—entitled “American Dream”—takes place during a crucial eight-month period in Martin’s journey and his pursuit of a better life. The book builds up to this finale, and it doesn’t disappoint. The story ends with moments of genuine emotion (for both the characters and readers) to cap off an emotional rollercoaster that began with one simple letter in 1997.

Aside from its admittedly flawed exposition, I Will Always Write Back serves as a very interesting, inspiring story of how two pen pals living in very different conditions were able to change each other’s lives through the power of kindness and empathy. It is thoughtful and thought-provoking, and it is a recommended read for youth and adults alike in search of a truly empowering story. 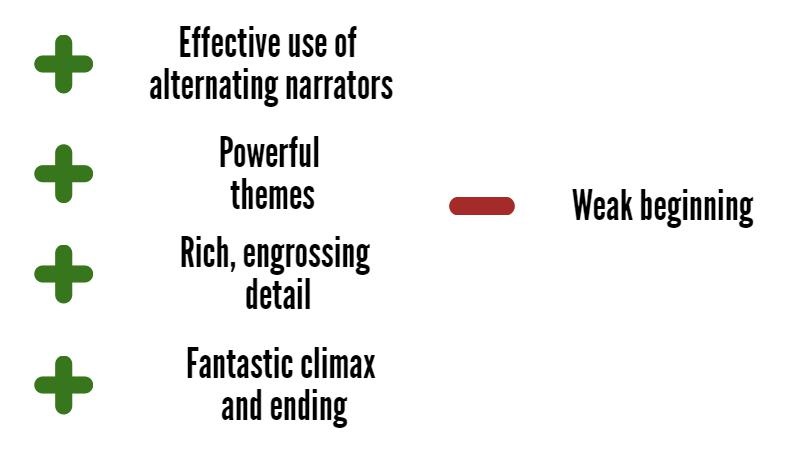