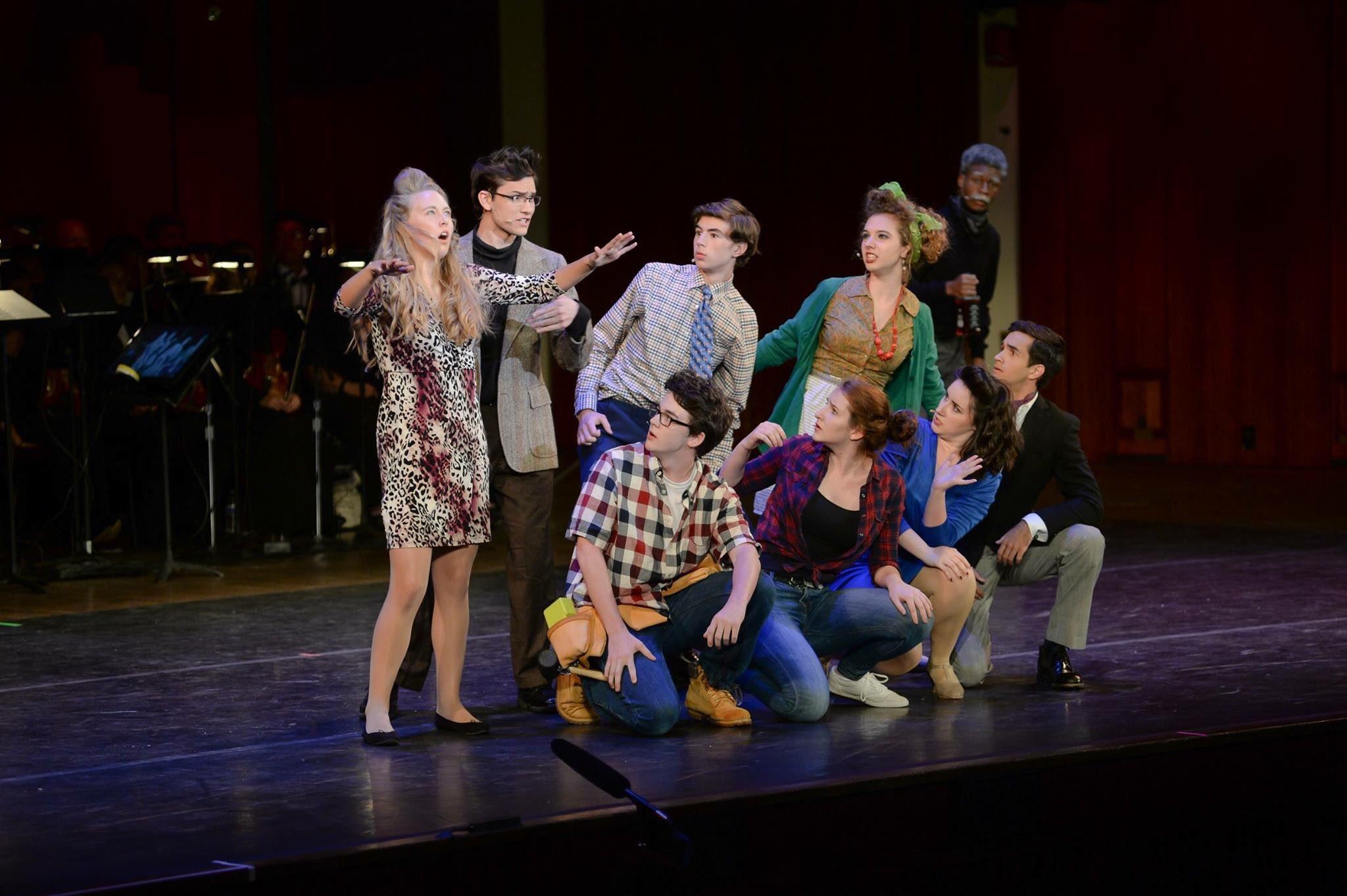 And The Cappie Goes To…

Robinson Students partake in theater for the friendships, the fun, and for the indescribable feeling of being on stage. However, there’s one night looming in the back of each Rambunctious Theater actor, actress, and “techie’s” mind that it all leads up to: The Cappies.

On June 13, drama departments from all over the National Capital Area filled the Kennedy Center for the award show to honor high school plays and musicals. For Robinson, this honored play was the fall production, Noises Off.

“The Cappies are important because it gives kids a chance to understand what they do and give them awards for the good jobs they’ve done” said sophomore Daniel Williams, who was nominated for best comedic actor in a play.

In total, Robinson was nominated for eight Cappies in categories such as props, ensemble in a play, best comedic actor in a play, supporting actor in a play, and best play. The impressive total is just shy of the 11 nominations Rambunctious Theater Co. received for last year’s spring production, Neverwhere.

“[For Neverwhere] you could sort of work out things separately. You had actors that did their own work, and then you’d come together as one ensemble and you’d all do it. But, because [Noises Off] had such a small cast (only nine characters), we all had to work together through it constantly… so that was definitely a lot tougher,” said 10th grader Matthew Ross, who was nominated for best supporting actor in a play and for best actor in a play for Neverwhere last year.

For Ross, theater has been apart of his life ever since he was a kid. The sophomore played the lead in both productions last year, and is only looking to move forward with his high school drama career. He expresses nothing but excitement for the next year.

Another nomination that Robinson received was for stage management and stage crew, awarded to Junior Isabel Min. “The job of the stage manager is to basically manage the show… I needed to be aware of every area of tech…if a problem came up it was my job to fix it on the spot,” said Min. Noises Off was Min’s first show as stage manager. She was also asked to manage the The Cappies awards ceremony.

“It was pretty cool that they asked me to do that. It’s really fun working backstage at the Kennedy Center and working with all the schools. I would feel really good if I win because I also get to do that award show too,” said Min.

Whether it is your first play or twelfth play, the excitement over nomination never seems to be diminished. “This is actually one of the biggest things that has happened to me” said Williams. Noises Off Williams’ second Robinson play and it differed greatly from Williams’ first play, Shakespeare’s Macbeth, which was his first high school performance.

“I like making people laugh. Ever since I was twelve, I said that I’d like to make at least one person laugh every day for the rest of my life.” The title of best comedic actor is what the department is most confident in winning, according to Min.

Robinson walked away from The Cappies winning the award for best props, but win or lose, Robinson theater holds all members with an honor and admiration that comes with the true family-nature that the department forms, and pride over the years work is never dwindled. There is no doubt of the hard work that is put into all Robinson productions, and the importance placed on The Cappies has no impact on the self-satisfaction that comes at the end of the season. “I definitely like theater because of the group of people that i’m with” said Ross “An Important part of the theater department is no matter who you are or what part you play, you are a part of that same group of people because you love theater. [You are] just as important as everyone else in the production. People should never think differently”.