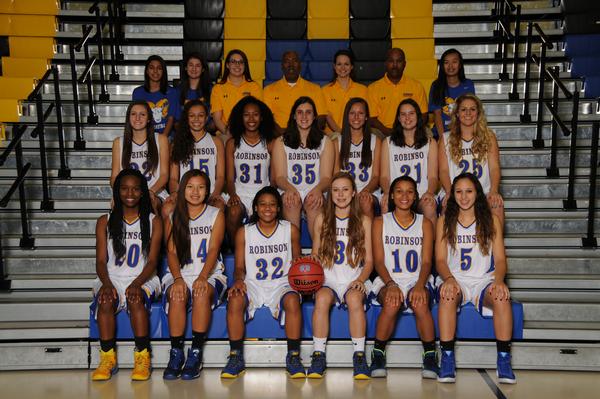 Girls varsity basketball head coach T.J. Dade is optimistic about the season this year. He said the green days help prepare and make for a more effective season, because the coaches are able to work with the players prior to the season.

“This team has bonded together nicely so far, and I expect them to be very competitive,” Dade said.   Since last year the team has been focusing on defensive play, fitness and conditioning.

“We will continue to play a fast pace game at both ends of the court,” Dade said. He said the players did well in their first game.

“I think we played really well as a team,” said sophomore Claire Bailey. “It was a good first game since we only had a little bit more of a week of preparation but didn’t have that much time to prepare for it so the first game was a good start.”

“We are going to work on endurance and conditioning and continue to play hard, aggressive and competitively,” said assistant coach Abby Schaaf.  With three seniors, four juniors, three sophomores, and three freshmen, the team is looking forward to a great season.