Coach Predicts Wrestlers Will Get to States 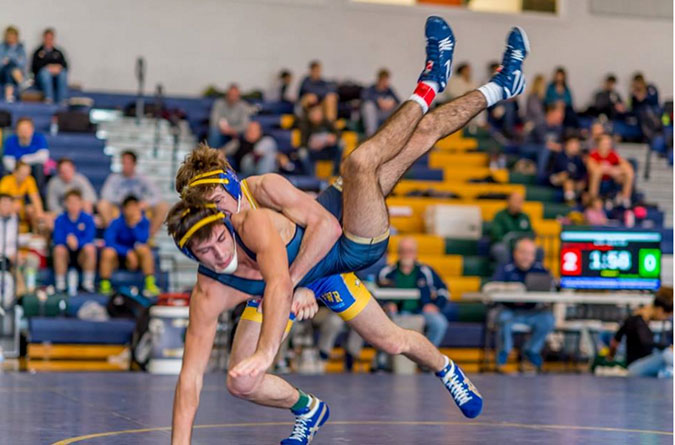 He recognizes this year’s team is different. Hazard noted the multiple state champions who were on last year’s team. This year, the coach said, is “probably been the most fun team to coach so far.”  He said the wrestlers are “willing to learn and work hard,” and that there are no divas who feel like they are above everyone else.

Practices began on Nov. 9, and the team has been hard at work ever since. “We are the hardest working team in the school,” Hazard said. He challenged other sports teams to come to the wrestling workouts and find out whether they can survive.

Hazard said the team will do well at individual dual meets, at which they wrestle against other high schools. National events are likely to be more challenging.

The Robinson wrestling teams scrimmaged against Fairfax High School in early November in a new event called “See You On The Square.” The event took place at the Old Town Square in Fairfax and raised awareness for the Eric Monday Memorial Wrestling Foundation. The non-profit organization was founded in 2013 after wrestler Eric Monday committed suicide after battling depression.

“We just wanted to do something different,” said Hazard. “In today’s world we need kids to understand there are avenues to go if you feel like you need help, and that was just an avenue we have.”