SGA Coordinates First Ever ‘Are You Smarter Than a High Schooler?’ Event 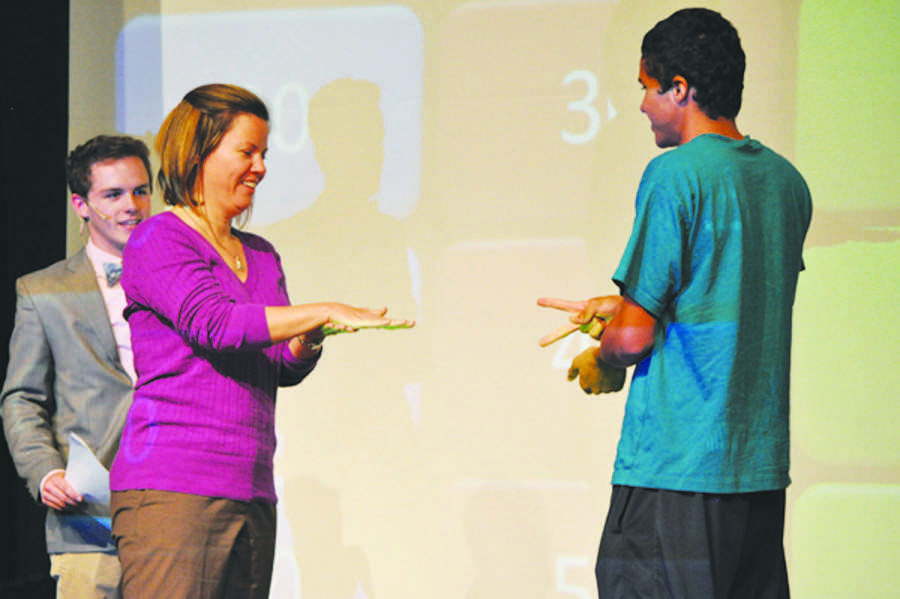 Hosted by juniors Aaron Christian and Marshall Cogburn, teachers and students were tested in math, science, history, English and pop culture. Some of the questions were challenges, like first to capture the flag, corn hole and trying to eat an Oreo placed on your forehead. The challenges turned out to be memorable and entertaining.

“We all came up with ideas for homecoming week events, then a committee looked at them and decided which would be the most realistic and achievable in the time allowed,” senior Ellen Clay said.

The SGA then found teachers they thought would be good for the event.

Clay said she was happy with how the event turned out overall.

“In the beginning there were some technical difficulties, but overall it was funny and everyone enjoyed it,” Clay said.

Many teachers and counselors said they enjoyed it as well.

“I think the pop culture was easier for the teachers than the kids thought it would be,” counselor Enrique Fernandez said.

“My favorite part of the event was when we beat the teachers,” senior Michael Jacobs said.

Overall the event was very entertaining and the new edition to homecoming week proved to be a success.